There is no nicer sound than rain on a metal surface, whether that’s a corrugated iron roof or the off-white painted exterior of a campervan; it’s the same in any language.

Rugged up under the covers listening to the rain pelt down on our top-heavy little Britz van (with a missing Z so now it’s the kiwi version of my name) we waited until we could start our journey north to the sandy shores of Lancelin – a sand dune bordered town a couple hundred clicks north of Perth.

A simple design flaw of the van being that you had to go outside to get in to the cab to drive anywhere. 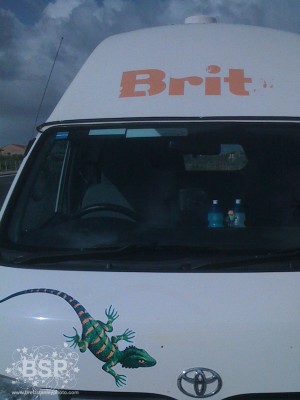 We did have plans to take Carla, our model, up to the Dunes and do a shoot for a clothing label (Gospel Clothing) but the rain just settled in so we ended up stealthing our way into an old power station near Fremantle which was pretty damn cold but well worth it. 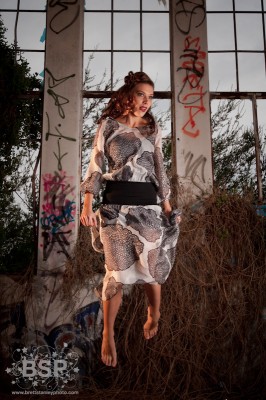 After treking it back to the van in the poring rain we drove to Lancelin and called it a night. We did have an awesome pizza from the local shop that was so full of cheese I nearly went in to toxic shock. Heaven!

Lancelin is a very small town, so small I only saw one horse. It is however surrounded by a massive area of sand dunes that is a quad biker’s dream! 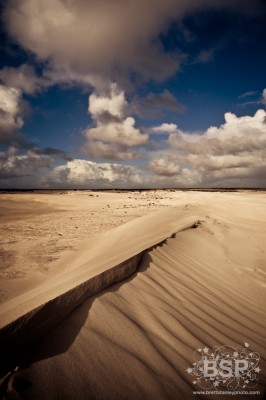 It was just like the Sahara but with out the Matthew McConaughey factor.

We now head south and into the wild…