The house that love lost

The House That Love Lost, or The Birdhouse, is one of my most iconic images. It’s an image that seems to speak volumes without saying a word, but whilst the photograph needs no explanation there is a beautifully sad story behind the house itself that I’d like to share.

It was bought in the 1980’s by a farmer local to the Wairarapa region in New Zealand and moved to the land it stands on now. It was to be a renovation project with his new bride, moved in a few sections from the country town nearby. The house would have looked magnificent up on the hilltop, overlooking the grazing land and foothills, but before any work could be done their relationship broke down and he was left with the half built house, and possibly a broken heart.

The house still stands, on a cleared section of land just off the road near Carterton, but rather than being filled with the bright noise of a happy couple it now houses hundreds of birds instead. 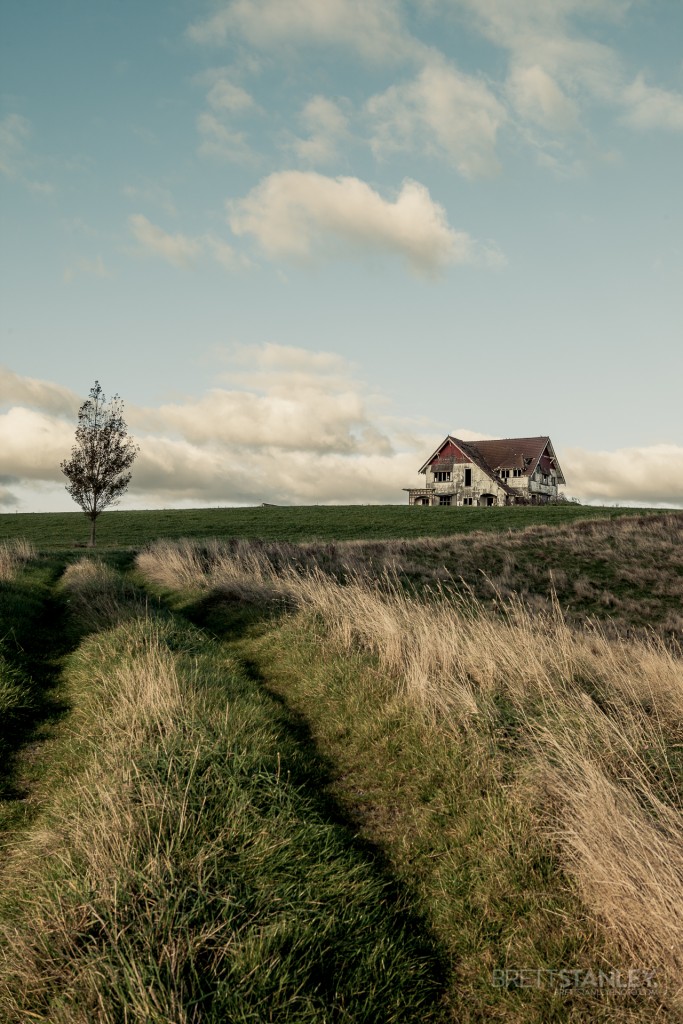 I had been to this spot once before, and it was incredible to see as you drove up the road. I came back here about a year later as I was in the region, and as I walked up to the house all the birds inside scattered; flying loops around the roof until they felt safe again. Timing was everything! 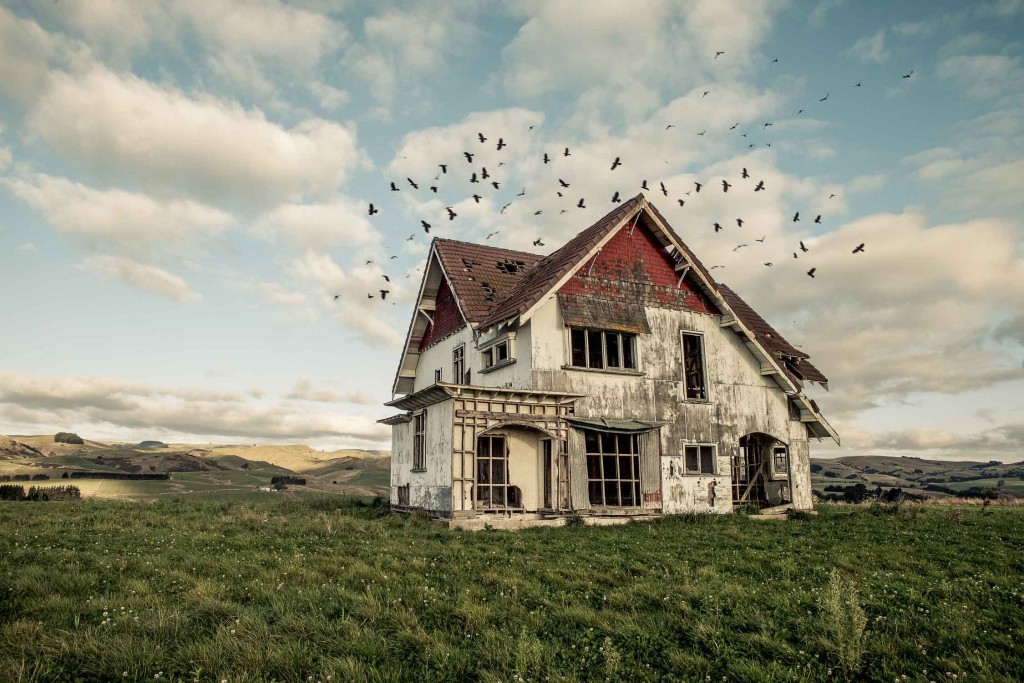 Prints of this photograph are available on my shop.